Vinhomes Central Park is more famous with The Landmark 81 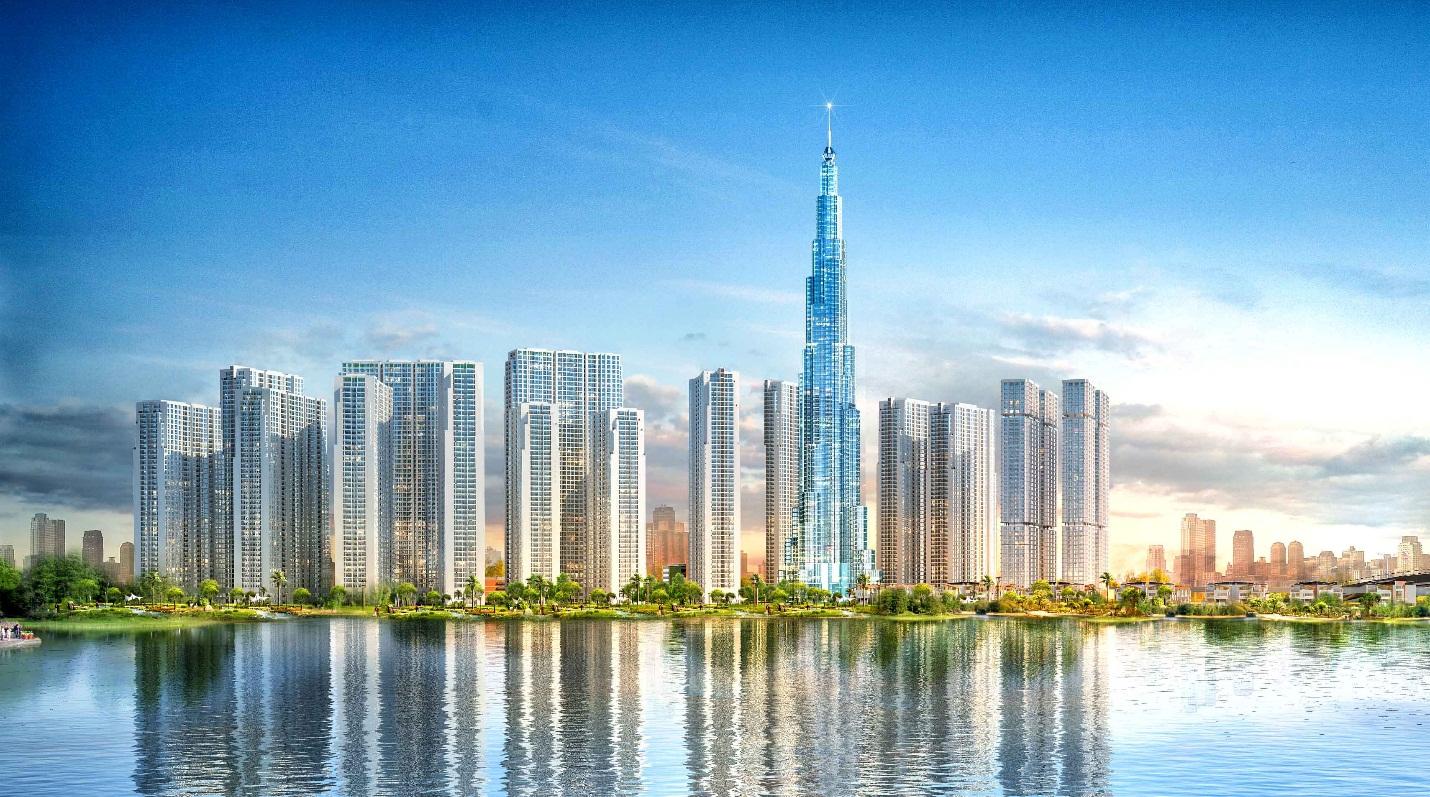 The Landmark81 is estimated 350m high, which has 81 floors and would be the most convenient and highest building in Vietnam in future.

With many luxury utilities ever-seen for the first time, The Landmark81 will not only be the highest building in Vietnam but also be the most luxury one – which is a symbol for the dynamic development in Ho Chi Minh City.

The Landmark81 is estimated to be 350 meters high, which has 81 floors, is built at the central of the urban Vinhomes Central Park, along with the Saigon River. The total area for construction is 141.000 m2, included functional zones such as: hotels, serviced apartments, commercial office Office-tel, shopping mall and restaurants, bars, watching towers…

The five star hotel zone in The Landmark81 has about 450 rooms with the luxurious “President room”, which is 1.000 m2 and you could have a 360 degree view around the city. It also has about 900 of elegant serviced apartments Vinhomes and commercial office Office-tel, and you could easily choose for yourself a standard of 5 stars apartment and a super privilege 6 stars one, which is 400 m2 in square and 180 degree view. Especially, the restaurant Skybar at 66th and 67th has 360 degree wide view. This will be the world-class luxurious and attractive system of restaurant and bar. The observing zone located at 79th, you could have a very wide view for all around uncle Ho City and surroundings.

At its basement, we have the super mall Vincom Center with area of 59.000 m2, create a special luxurious space for shopping. There is also a large Square with the modern system of fountain, next to the urban landscape with green parks and the Saigon ahead.

From The Landmark81, you could have a panoramic view along the windy Saigon River, especially, class marina when it finished the construction.

The Landmark81 include the combination of shopping mall, hotel, restaurants and privilege serviced apartment which is modern, convenience and world class.

With all the strong points mentioned which is the first ever appeared in Vietnam, the Landmark81 is not simply break the records in height but also it is: the highest watching tower in Vietnam, the highest apartment building in Vietnam and the highest bar in South East Asia. Also, it is the most luxurious building, converged many world class designing and consulting partners.

Namely, Atkins is in charge for the designing. Atkins is known as the designing partner for big constructions such as: Bahrain World Trade Center, International Airport Kind Abdulaziz at Arab Saudi, Lotus Hotel at ShangHai…

Arup, which is one of the most reputed construction designer by having Opera Sydney Theater or the Center Pompidou in Paris in its credential profile, took its part for building structure. The interiors are designed by privileged brands such as Versace, Armani…

Being the heart of the city, The Landmark81 easily connect to other functional construction and buildings in the area, create the attraction for the whole center zone of this project. It is also a “wonder” for living space, luxurious and crowded in Ho Chi Minh City.

As estimated, after completion at the end of 2017, The Landmark81 will also be the symbol for the dynamic and prosperity of the city, which is the best destination for exploring to all the local and global people.

Vinhomes Central Park, invested by Vingroup, located at Tan Cang Zone, Binh Thanh District, Ho Chi Minh City. Vinhomes Central Park is considering as a sized green city with the area of 43.91 hectares, the constructed density about 16%, the total green zones up to 14 hectares, the façade stretches over 1 kilo meters on the bank of the Saigon River, included some major subdivisions: apartments and villas; office for lease and serviced apartment, shopping mall and other utilities zones. In particular, the villas and apartments is modern built and best in class in Vietnam. Also, Vinhomes Central Park has first class marina in Vietnam.